Oats! The breakfast of champions! Almost any morning of the week that you walk into the Gryphon kitchen, you’ll find oats being prepared in its various forms. The thing with oats is that, while it seems so simple, there is an art to it. If you don’t prepare it properly it’s not lekker but you still have to eat it. Also, It takes longer than you expect but it can’t be rushed…it takes as long as it takes. Do you think it’s a coincidence that market commentators talk about a Goldilocks market – I think not! I don’t doubt for a minute that it was oats that the three bears were waiting to scoff down once they returned from their frolic in the forest. The thing with oats is it is very understated, there is nothing glamorous or cordon bleu about it, but it is nevertheless wholesome and healthy and provides great nutritional value.

Gryphon’s multi asset funds are the oats of asset allocation. It’s a simple, affordable concept; the benefits may appear understated because of an apparent lack of sophistication. However, they offer true diversification in the investment buffet in order to ensure that all your nutritional requirements are met. Sometimes the expensive, complicated options are higher in fascination and foam than they are in substance.

Equities are the smashed avo on sourdough toast version of breakfast. They’re trendy and cool and all the hip people love ‘em. We enjoy smashed avo on toast as much as the next guy but we only indulge in it when it’s in season…it can be an expensive and often disappointing experience to disregard the natural cycle of things.

RESISTING THE CALL OF EQUITIES

Equities have put on quite the show for the past couple of years. How do we account for not participating in events but just watching from the side-lines…and how have our investors fared as a result?

The Scottish economist and philosopher, Adam Smith said, “Markets go in cycles, just like all rhythms of life.” Gryphon’s multi asset funds are informed by data-based indicators that recognise these market cycles which include bull and bear markets. In our view, equity valuations were beginning to show cracks mid- to late-2018 with our indicators signalling the topping of the market in August 2018. As a result, our multi asset funds exited their equity holding at the end of August of that year; and we expected the market to bottom out after that.

Then came the big action in equities – after the major decline in local and international markets sparked by COVID19 in 2020, they rebounded…still we did not get back into the market. This rupture in the market was a glitch in the matrix – while we in no way foresaw COVID19 or anything that resulted from it, the market cycle that we monitor was extended as a consequence of the COVID19 interventions (quantitative easing).

Our commitment to our philosophy is absolute – we react according to our indicators and do not jeopardise the integrity of this process but we do constantly assess the environment. This meant that, without any signal to the contrary, we continued to stay clear of equities. While our credulity may have been stretched/challenged and we came under pressure from investors suffering FOMO, we had no option but to honour our methodology.

The benefit of hindsight has afforded us useful perspective (as it so often does); it has become increasingly evident to us that much of the economic growth reported subsequent to COVID19 was a function of nominal growth, not real growth. (The increased turnover was the result of increased prices, not increase in volumes.)

In various articles published post COVID19, we proffered our concerns as explanation for remaining on the equity side-lines. Below are some extracts from that time:

Again, with the benefit of hindsight, we recognise and appreciate the veracity of the data that informs our indicators – as an investment team, we only have access to the same information as every other investment team. Having a rules-based philosophy – and sticking to it – kept us from being swayed or swept up in the Corona contagion.

So…are we there yet? Is it time to get back into equities?

Based on the long-term data, equities is the asset class of choice for South African investors wanting to achieve inflation-beating returns. Contrary to a common misperception, we do recognise the contribution of equities in delivering on this objective. However, inflation-beating returns is a two-step process: 1.) protect the capital, 2.) grow the capital. Our allocation to equities is determined by a buy indicator and currently this reflects little appetite for investment in equities, local or offshore.

There are two factors regarding equities that remain a major concern to us, namely inflation and company earnings.

While there are a number of geopolitical matters that are reason for disquiet, our overarching worry remains the fact that markets appear to be discounting a swift return to low inflation, i.e. levels of around 2% in the USA.

Inflation, originally declared to be transitory, has turned out to be rather sticky; shifting from energy into other goods and, more recently, into services, with a real risk of it becoming endemic. This has resulted in the aggressive rate hikes seen from central bankers globally.

The impact of inflation on equity valuation is severe as the graph below demonstrates. 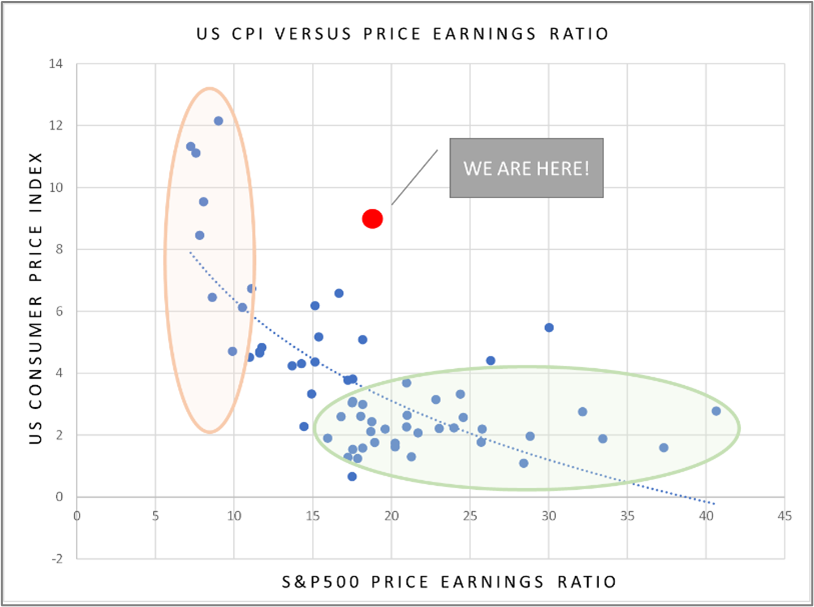 Starting in 1961 (excluding 2009), this graph plots the annual change in the US CPI (Consumer Price Index) against the price-earnings-ratio of the S&P 500 for each year.

What can be determined from the graph is that if inflation hovers at around 4% in a years’ time the price-earnings-ratio could be expected to decline to levels of approximately 15x.

This would result in an index value of 3,000 which is down about 19% from current levels. 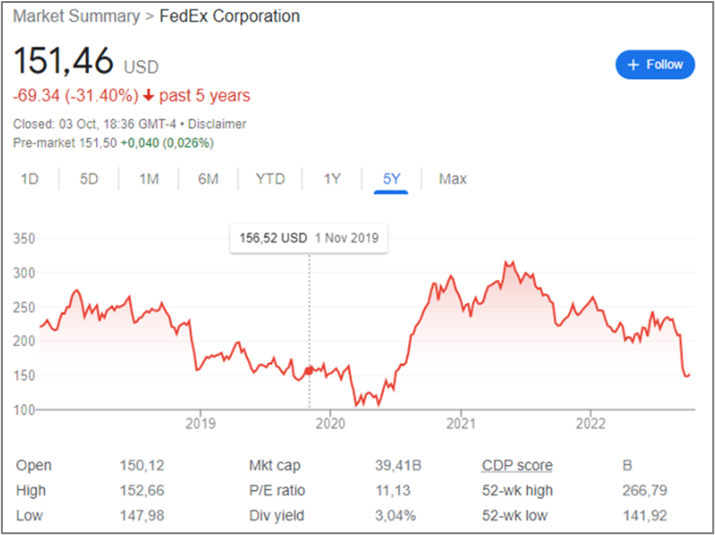 Earnings growth over the recent past has been stellar and operating margins in most industries are at elevated levels.

While there are any number of reasons for margins and earnings to remain elevated, history and historical performance during periods of economic weakness in particular, gives cause for concern. We are perturbed that earnings forecasts remain too bullish.

A litmus test in this regard is the recent earnings disappointment from FedEX Corporation. This stock manifests the domino-effect of the slow-down in demand being experienced.

We are aware of the rhetoric in favour of South African equities, contending that they are cheap and offer terrific value to investors. Two points to consider:

What constitutes SA Inc? As can be seen in the charts below, there isn’t much in the JSE Top 20 that qualifies as regte, egte South African stock: 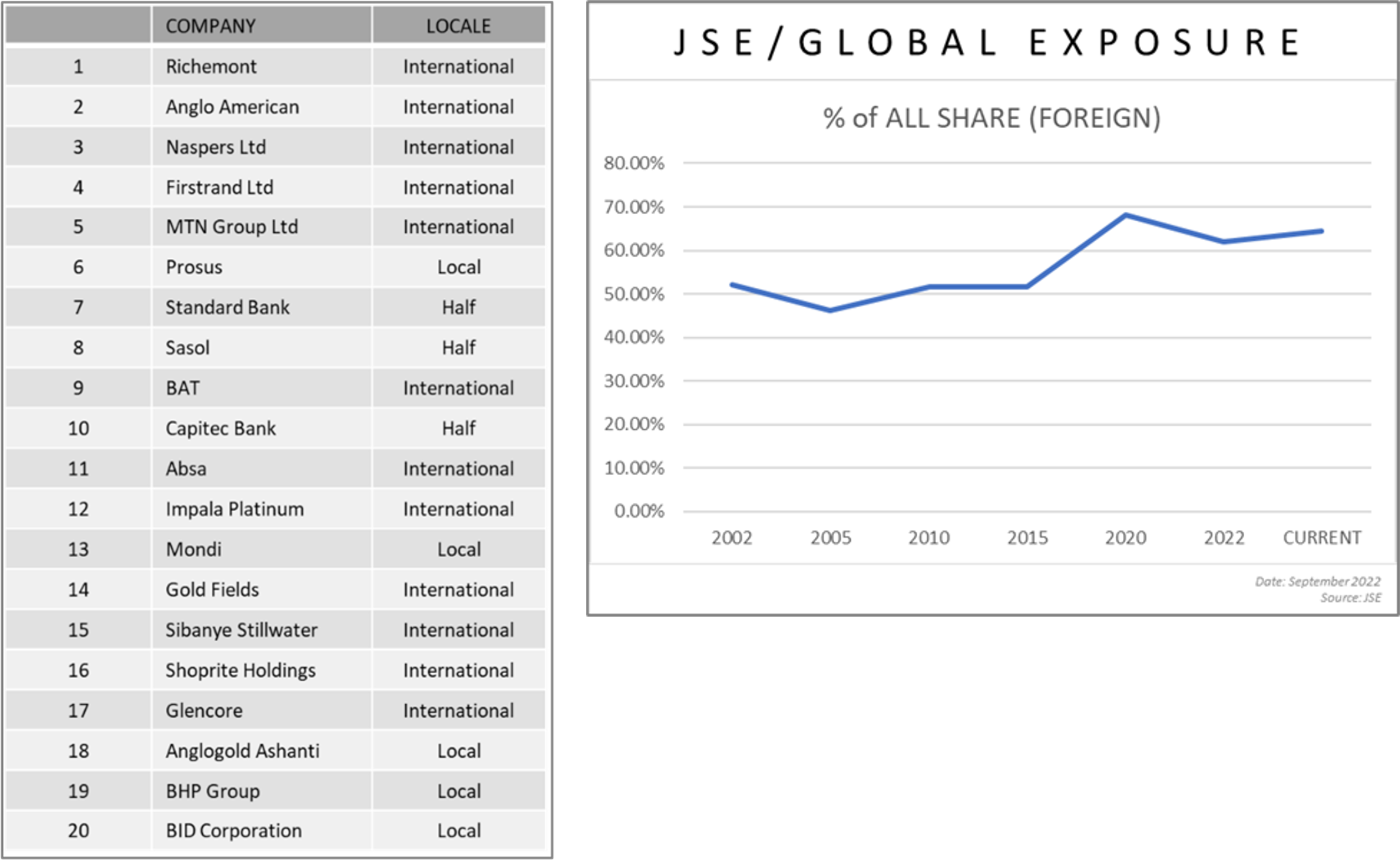 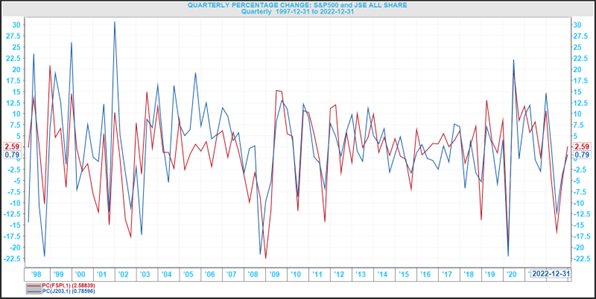 The short answer is we don’t know.

Equity markets are volatile and our buy indicator could be triggered suddenly should markets sell off further, or it could be an extended period of time before value is restored. 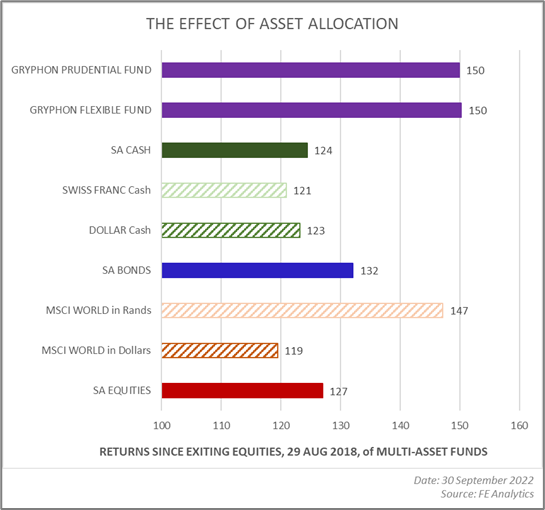 Based on Buffet’s rules for investing, we are prepared to wait for equities to reach the right buying levels. Until that time, we continue to subject holdings to CrossFit-type exercise and make them sweat using the other asset classes available. While some investors may consider cash a cop out and about as exciting as kissing your sister, the table on the left reveals the returns delivered by the Gryphon multi asset funds since exiting equities. Our investors may have had a rather dull, unremarkable investment journey but it’s one that has resulted in returns that outperformed all underlying major asset classes, local and international, at very low levels of volatility.

So, perhaps despite much hand-wringing and exasperated declarations to the contrary, there has in fact been somewhere to hide! The graph below illustrates this. 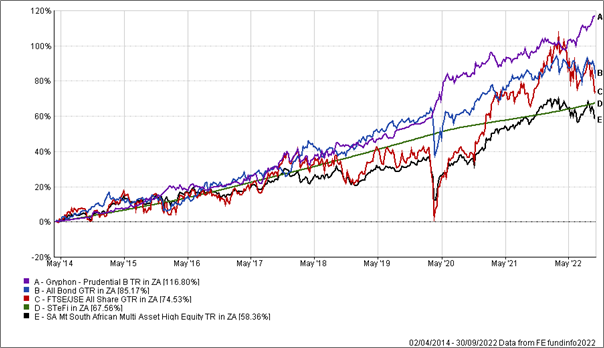 In conclusion, we recognise that human beings as a species are reluctant to change; research informs that we are hardwired to resist change. Part of the brain—the amygdala—interprets change as a threat and releases the hormones for fear, fight, or flight. We stick to our routines and rituals, our breakfast options…and we don’t like to shake things up unnecessarily…sometimes to our own peril. This story from Morgan Housel offers great insight to our commitment to white knuckles:

“Thirty-seven thousand Americans died in car accidents in 1955, six times today’s rate adjusted for miles driven. Ford began offering seat belts in every model that year. It was a $27 upgrade, equivalent to about $190 today. Research showed they reduced traffic fatalities by nearly 70%. But only 2% of customers opted for the upgrade. Ninety-eight percent of buyers chose to remain at the mercy of inertia. Things eventually changed, but it took decades. Seatbelt usage was still under 15% in the early 1980s. It didn’t exceed 80% until the early 2000s – almost half a century after Ford offered them in all cars.

It’s easy to underestimate how social norms stall change, even when the change is an obvious improvement. One of the strongest forces in the world is the urge to keep doing things as you’ve always done them, because people don’t like to be told they’ve been doing things wrong. Change eventually comes, but agonizingly slower than you might assume.”

To resist considering alternate approaches to asset allocation is to invest without a ‘seat belt’. Are you willing to take that chance? 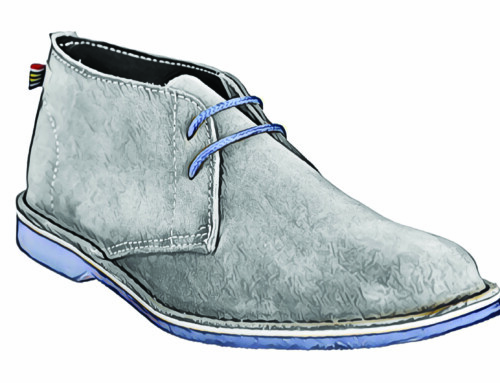 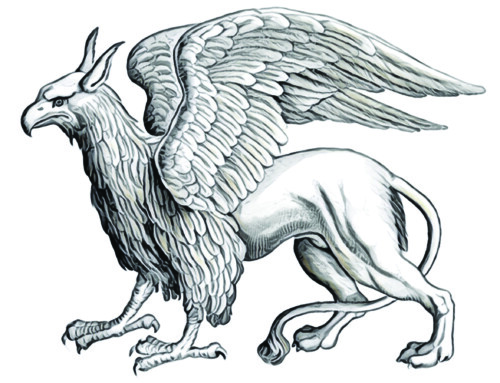 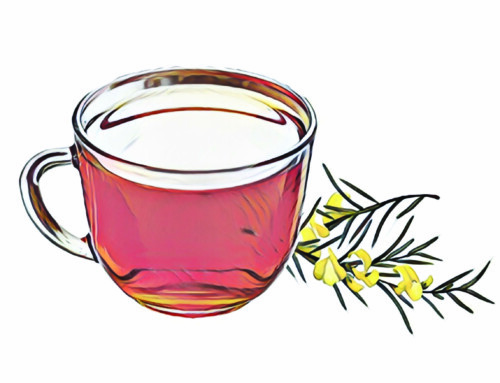