YOUR EMOTIONS MAY BE OUT OF CONTROL; INDEXATION NEVER IS!

Hindsight bias is a term used in psychology to explain the tendency of people to overestimate their ability to have predicted an outcome that could not possibly have been predicted beforehand.

You may be aware that 80.58% of all funds in the General Equity sector of South Africa underperformed the market (J203T: FTSE/JSE All Share Index Total Return) for the five years ending 31 October 2018. In other words, you stood a very high chance of underperforming the market by making the decision to invest in an active equity fund. And this figure does not include funds that have closed down…usually due to a poor track record. Your other option could have been to make use of an indexation product and earn a return close to the market performance – a much safer investment proposition.

Only 20 out of 103 funds were able to outperform the market. This means that investors stood a 19.42% chance of selecting one of these outperforming funds. Furthermore, investors would not always have remained invested in the same fund for the entire period. Investors very often elect to bank returns after a period of unbearable volatility. Their emotions take the driver’s seat and their investment decisions get thrown out the back window! If stock picking leads to random outcomes, then manager selection is the empty spaces of chaos in between!

There are two specific aspects of manager selection we would like to address:

1) What return profile can be expected when looking at funds that outperform the market?

2) How likely is it that you’d have selected these funds beforehand (and remained invested)?

The following graphs illustrate the top four performing active funds with a track record of more than ten years relative to the J203T (we are still looking at funds within the General Equity sector). One of them is also one of the most popular funds in the industry, judging by assets under management.

As you can see in the above graphs, each of these funds outperformed the J203T at the end of the 5-year period by varying degrees. Remember that these graphs plot the relative performance of each fund versus the J203T; when the fund line is above the zero-percentage line, the fund is outperforming the market, but if it goes below the zero line, it is underperforming the market. More importantly, each one of them had, at some stage, underperformed the market. Realistically, it would be unreasonable to expect that all of these funds would outperform all of the time, but the inherent volatility must be pointed out. In some cases, all outperformance was wiped out at multiple points in time. Would investors have remained invested throughout the entire period?

It can be seen that two of the funds underperformed severely in the period 31 October 2008 – 31 October 2013. One fund also experienced massive volatility with only one consistently outperforming. We maintain that it remains extremely challenging for investors to predict which managers would outperform over a certain period.

· Investors have always struggled to predict which funds would outperform over a certain period.

· Indexation outperforms the majority of active fund managers over almost any period.

· Indexation may be seen as a passive product, but it is not a passive investment decision.

· Indexation is an active decision to outperform the majority of active fund managers.

· Indexation is the rational choice when it comes to controlling your financial emotions.

· Indexation is the rational choice when it comes to controlling investment costs.

The stock market is the highest yielding asset class over the longer term, but it is not directly investable. By making use of a fund that tracks the performance of the market, you can capture these returns. Make sure you invest in a fund that charges a low fee, but more importantly, aligns fund and market performance successfully. 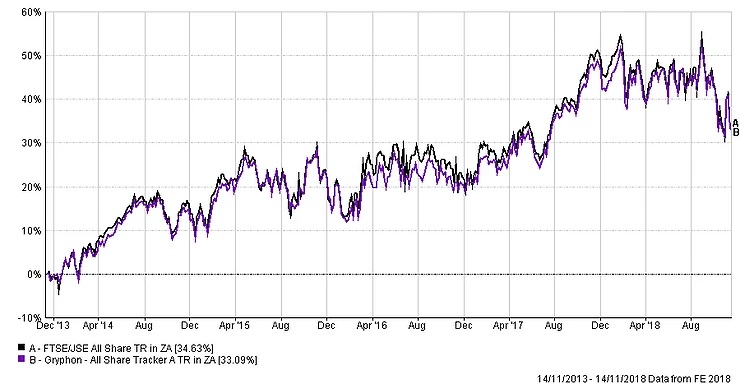 Focusing your energy on what is more predictable will give you better control over your investment choices and allow your financial wealth to compound at better rates.